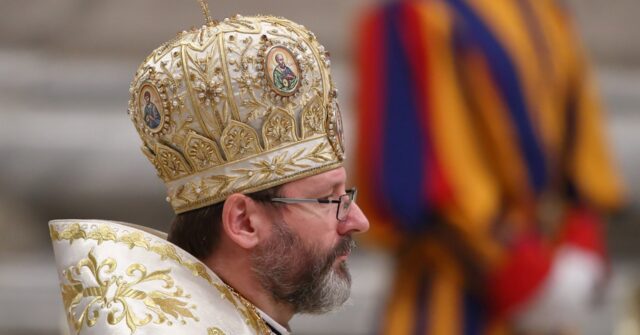 ROME — Ukrainian Major Archbishop Sviatoslav Shevchuk urged his compatriots, who were expelled from their homelands, to be “worthy ambassadors” of Ukraine.

As he continued to denounce Russia’s relentless attack, Archbishop Shevchuk addressed Ukrainian refugees in a video message Sunday, to remind them that they are the face and voice of Ukraine in the world.

“I ask you to be worthy ambassadors of your homeland because when the world meets you, it wants to see, hear and meet Ukraine in your face,” the Archbishop said. “Please preserve your culture, language, church and religious identity.”

In a series of specific instructions, Shevchuk – the head of the Greek Catholic Church in Ukraine – encouraged refugees “spread across the countries of Central and Western Europe, as well as other parts of the world” to join Ukrainian communities in the countries where they keep themselves and their Christian culture alive.

“Take care of your children’s Christian and national education,” he said. “Please don’t abuse the hospitality of the people who receive you. Don’t just be consumers of their help, but take an active part in the work.”

“To increase the common good of the country that has become your new home today, you must integrate into the life of that country,” he insisted. “But resist with all your might against assimilation, the disappearance of your personal, cultural and national identity.”

“Be the voice of Ukraine to the world,” he said.

In his message, Shevchuk also reminded his audience that the Ukrainian people have been waging an “unequal struggle against the Russian aggressor” for 165 days.

“We, as a people, defend our God-given homeland, which we are called to love,” he said. “Our motherland, where the Lord God has given us the gift to be born and to grow up. That homeland is our priceless gift from God.”