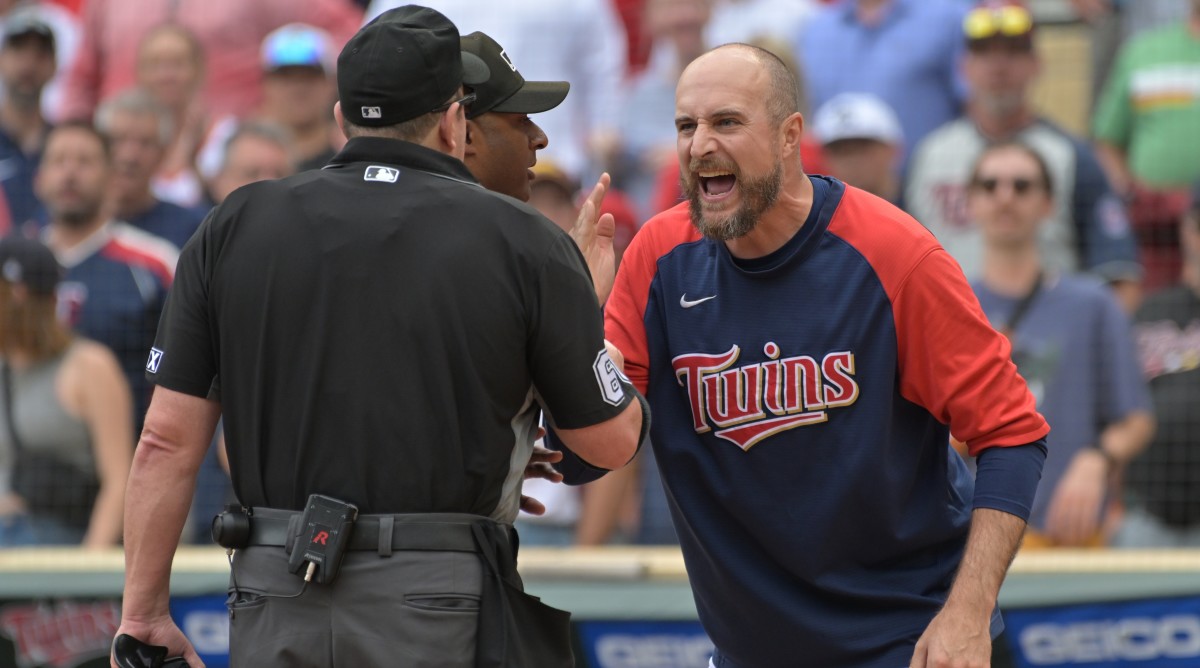 Twins manager Rocco Baldelli was ejected in the 10th inning of a 3-2 loss to the Blue Jays on Sunday after a controversial play at the plate and subsequent replay, which Baldelli labeled “one of the worst moments I’ve ever seen.” I think we’ve seen umpires in every game I’ve ever been a part of in baseball.”

With Caleb Theilbar on the mound for Minnesota in the top of the 10th inning, Toronto’s Cavan Biggio hit a sacrifice fly that enabled Whit Merrifield to score the game-winning run from third base. However, Merrifield was originally called out at the plate before the call was reversed when the umpiring crew ruled that Twins-catcher Gary Sánchez interfered with the Blue Jays runner.

Replay officials ruled that Sánchez did not allow a clear path for Merrifield, whose leg collided with the left leg of Twins catcher, to reach home plate during the game. As a result, the Blue Jays took a late-game lead and the inning continued.

After the review, an incensed Baldelli immediately emerged from the dugout and charged at the umpires. He threw his hat and started yelling at the crew, which was enough to get kicked out of the ball game.

“For someone who intervenes in that situation and ultimately makes the decision that that blocked the plate… that’s beyond embarrassing for our game, for all the players on both sides of the field who have their whole game. It’s completely unacceptable, Baldelli said in a press conference after the game.

“It’s one of the worst moments we’ve ever seen as an umpire in a game I’ve ever taken part in in baseball, and I think it was pathetic what just happened.”

After ejecting Baldelli, Toronto closer Jordan Romano closed Minnesota in the bottom of the inning and retired the first three Twins batters to end the game.

The Blue Jays improved to 60-48 in the year with the win, while the Twins (57-51) saw their lead in the AL Central shrink to one game with the loss.