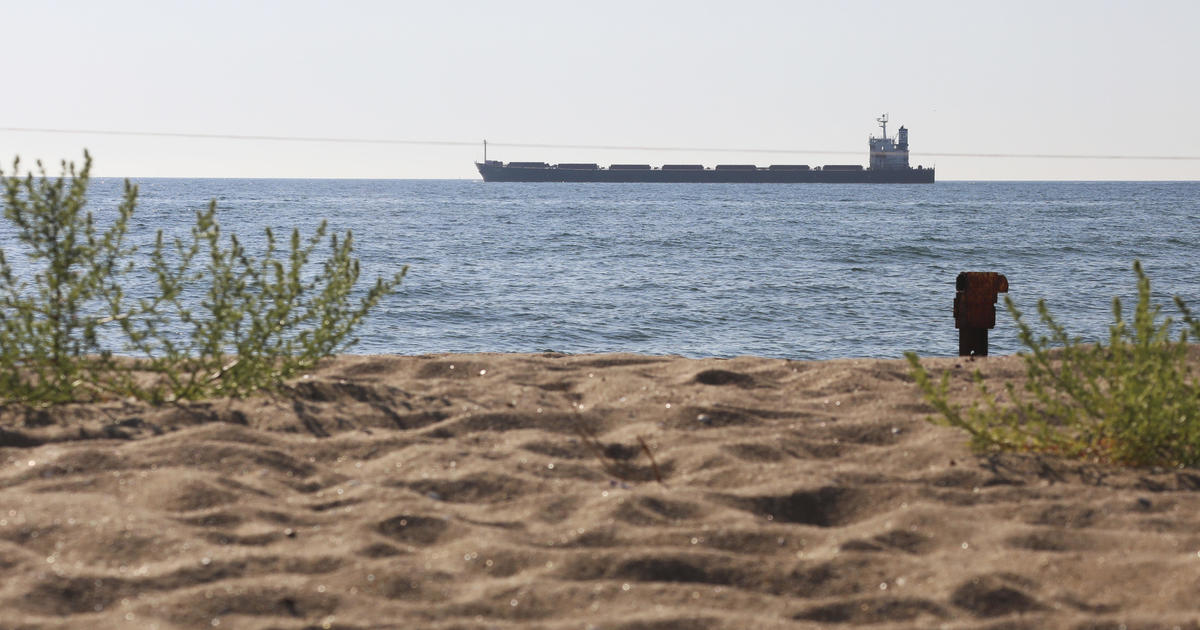 Six more ships that agricultural cargo held up by the war in Ukraine was given permission to leave the Black Sea coast on Sunday as analysts warned that Russia was moving troops and equipment toward southern ports to avert a Ukrainian counter-offensive.

According to the Joint Coordination Center, which oversees an international agreement that aims to bring some 20 million tons of grain from Ukraine to help millions of hungry people in Africa, the Middle East and parts of Asia.

Yurri Yalovchuk, a third-generation farmer, told CBS News he has 1,000 tons of his barley crop that should have been shipped out in the spring. It is no longer fit for human consumption, it becomes chicken feed.

Ukraine, Russia, Turkey and the United Nations signed agreements last month to create a 111-nautical-mile naval corridor that would allow cargo ships to travel safely out of ports blocked by the Russian military and through waters mined by the Ukrainian military. . Implementation of the deal, which has been in effect for four months, has been slow since the first ship embarked on August 1.

Four of the carriers allowed to leave Ukraine on Sunday were transporting more than 219,000 tons of corn. The fifth carried more than 6,600 tons of sunflower oil and the sixth 11,000 tons of soy, according to the Joint Coordination Center.

Three other cargo ships that departed Friday passed their inspections and were allowed to pass through Turkey’s Bosphorus Strait on Sunday en route to their final destination, the Center said.

However, the ship that left Ukraine with much fanfare on Monday as the first under the grain export agreement had delayed its planned arrival in Lebanon on Sunday, according to a Lebanese minister and the Ukrainian embassy. The cause of the delay was not immediately clear.

Ukrainian officials were initially skeptical of a grain export deal, suspecting Moscow would try to exploit shipping activities to mass troops offshore or send long-range missiles from the Black Sea, as it did several times during the war.

Under the agreements, ships must leave Ukraine under military escort and undergo inspections to ensure they are only carrying grain, fertilizer or food and no other goods. Incoming cargo ships are checked to make sure they have no weapons on board.

In a weekend analysis, the British Ministry of Defense said the Russian invasion that began on Feb. 24 “is about to enter a new phase” in which fighting will shift to a frontline of about 350 kilometers (217 miles) stretching from near the city of Zaporizhia to Russian-occupied Kherson.

That area includes the Zaporizhzhya nuclear power plant, which came under fire late Saturday. Each side blamed the other for the attack.

Russian troops have occupied the power station for months. According to Energoatom, Russian soldiers there found shelter in bunkers before Saturday’s attack.

Rafael Grossi, director general of the International Atomic Energy Agency, recently warned that the way the plant was run and the fighting around it posed serious threats to health and the environment.

For the last four months of the war, Russia has focused on conquering the Donbas region of eastern Ukraine, where pro-Moscow separatists have controlled a certain area as self-proclaimed republics for eight years. Russian forces have made gradual progress in the region as they launch rockets and missile strikes to curtail the movements of Ukrainian fighters elsewhere.

According to the Institute for the Study of War, a Washington think tank, the Russians continue to “gather large amounts of military equipment” in a town across the Dnieper River from Russian-occupied Kherson. Citing local Ukrainian officials, it said the preparations were aimed at defending logistics routes into the city and taking defensive positions on the left bank of the river.

Kherson came under Russian control early in the war, and Ukrainian officials have vowed to recapture it. It’s just 227 kilometers (141 miles) from Odessa, home to Ukraine’s largest port, so the conflict escalating there could affect the international grain deal.

The city of Mykolaiv, a shipbuilding center bombed daily by Russian troops, is even closer to Odessa. The governor of the Mykolaiv region, Vitaliy Kim, said an industrial facility on the outskirts of the regional capital came under fire early on Sunday.

In the past day, five civilians have been killed by Russian and separatist shelling on towns in the Donetsk region, the part of Donbas still under Ukrainian control, regional governor Serhiy Haidai reported.

He and Ukrainian government officials have repeatedly urged civilians to evacuate.