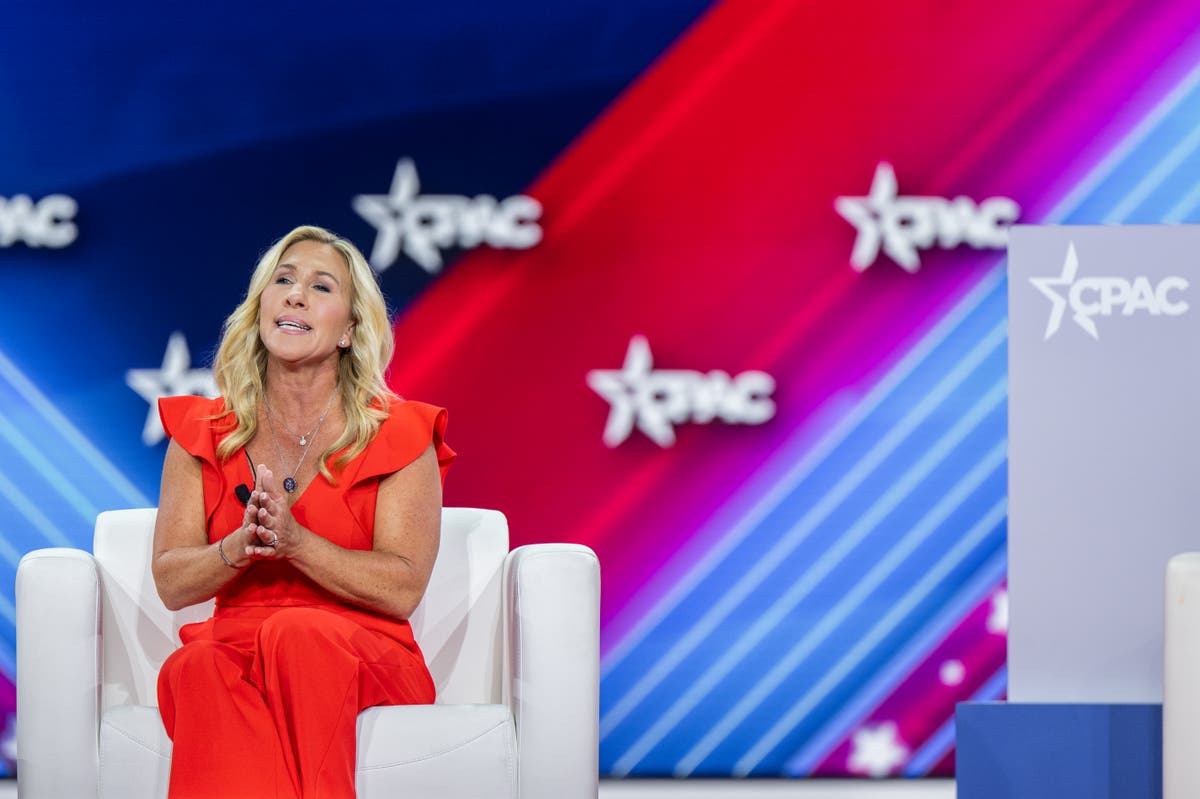 Republican Representative Marjorie Taylor Greene has blamed the Antifa, saying that “no one can convince her” that the violent protesters involved in the Jan. 6 riots were supporters of Donald Trump.

“I was very upset. I never expected something like that. And when it happened, I thought, this is Antifa, and no one can convince me that they were so-called Trump supporters, and we know there’s a lot wrong there, and I can no waiting for investigations, a real investigation,” said Ms. Greene.

The Biden administration’s response to the riots has been “political prosecution,” with more than 800 people arrested and more than 200 criminal sentences handed out, she said.

The congressman added that people who did things “they shouldn’t have done” should be treated better while incarcerated, and brought up her visit to prisons.

“OK, they’ve been charged for things they shouldn’t have done, OK, they did, they deserve their day in court, they deserve their right to a fair trial, but honestly, my god, what happened to these people? is so heartbreaking,” she said in the Lindell TV interview.

She added: “I was in that prison, I saw them, it’s so sad. They hadn’t bathed, they hadn’t been clipped, they couldn’t shave because they weren’t vaccinated. They were treated worse if they had not been vaccinated, but what kind of country are we?”

The Georgia representative has not taken a clear stance on whether she believes Trump’s supporters were involved in the US Capitol riots.

One of the main proponents of Trump’s claim that the election that declared Joe Biden the winner had been stolen, Ms. Greene had texted former White House Chief of Staff Mark Meadows on the day of the violent attack, saying that she feared there was an active gunman at the site.

“Please tell the president to calm the people down. This is not the way to solve anything,” said Ms Greene, who regularly circulates conspiracy theories.

But the next day, she tried to quash her allegations against Mr. Trump, saying, “I don’t think President Trump caused the attack on the Capitol.”

“It’s not his fault. Antifa was mixed in the crowds [sic] and turned it on, and unfortunately people followed. But when people try everything and nobody listens and nothing works, I think they think they have no other choice,” she said in a text message.

With just a few days left in Mr Trump’s presidency on Jan. 17, Ms. Greene said he should call for martial law, which she misspelled as “marshall.”

“In our members-only private chat, several are saying that the only way to save our Republic is for Trump to call for the Marshall Act.” [sic]she said. ‘I don’t know about those things. I just wanted you to tell him. They stole this election. We all know. They will destroy our country after this. Please call [sic] him to release as much as possible so we can go after Biden and whoever!”