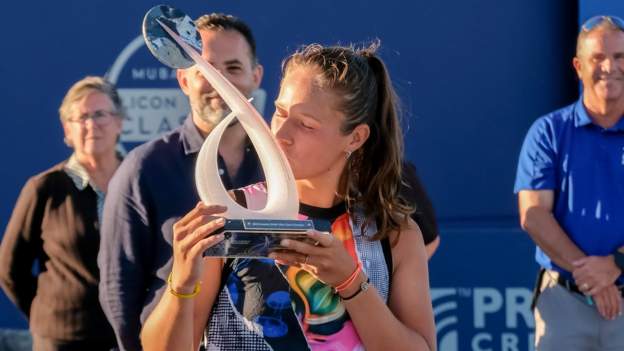 It’s the 25-year-old’s first title since she came out as gay last month in an interview in which she criticized her country’s attitude to homosexuality and called for an end to the war in Ukraine.

Homosexuality is not illegal in Russia, but the distribution of “gay propaganda” among minors is prohibited and homophobia is widespread.

Kasatkina praised the support of her team.

“Thank you for always standing by my side – through good times and hard,” she said.

“Thank you for always supporting me and arguing with me sometimes, but just for helping me – I love you.”

Kasatkina’s win over US No. 30 Rogers is her first WTA Tour title of the year and the fifth in her career.

The new number nine in the world, who reached the semifinals of the French Open but missed Wimbledon due to the ban on Russian players, returns to the top 10 for the first time since 2019.