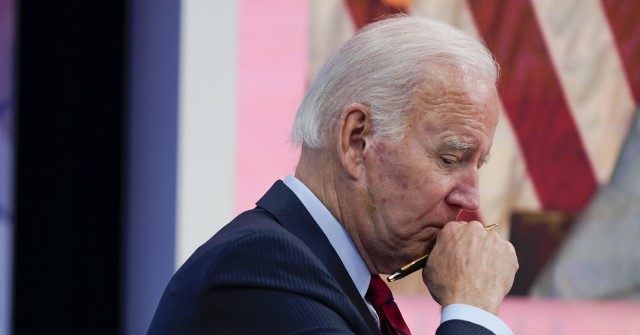 Americans continue to “maintain a sour outlook on the state of the economy” and have little hope that it will improve. Negative public opinion drives President Joe Biden’s low approval ratings in most categories, ABC News reported on Sunday.

A new ABC News/Ipsos poll shows that 69 percent of Americans believe the economy is deteriorating, 18 percent say it will stay the same, and only 12 percent think it is improving. Nearly half of Democrats and a majority of Republicans and independents agree that the economy is contracting, as do 64 percent of those who say they are “very excited” about voting in the midterm elections.

“On both issues, a majority of independents disapprove of the work Biden is doing (66 percent and 73 percent for the respective issues),” the poll said.

The report notes that “a majority of Americans continue to disapprove of the work he does on every problem tested except the response to the coronavirus.” Ten of the 11 issues tested in the study haven’t “changed significantly” since June, except for gas prices. Thirty-four percent of those polled now approve of Biden’s handling of gas prices, compared to 27 percent in June.

Overall, the poll found that Americans trust Republicans more to tackle things like crime rates, inflation, and the economy.

“This pattern is true for those who say they are very excited about voting during the November midterms,” ​​the poll report said.

The poll was conducted on August 5-6 with a random national sample of 665 adults. The partisan wards are 29-25-40 (Democrats-Republicans-Independents), and the margin of sampling error is ±4.2 percentage points.