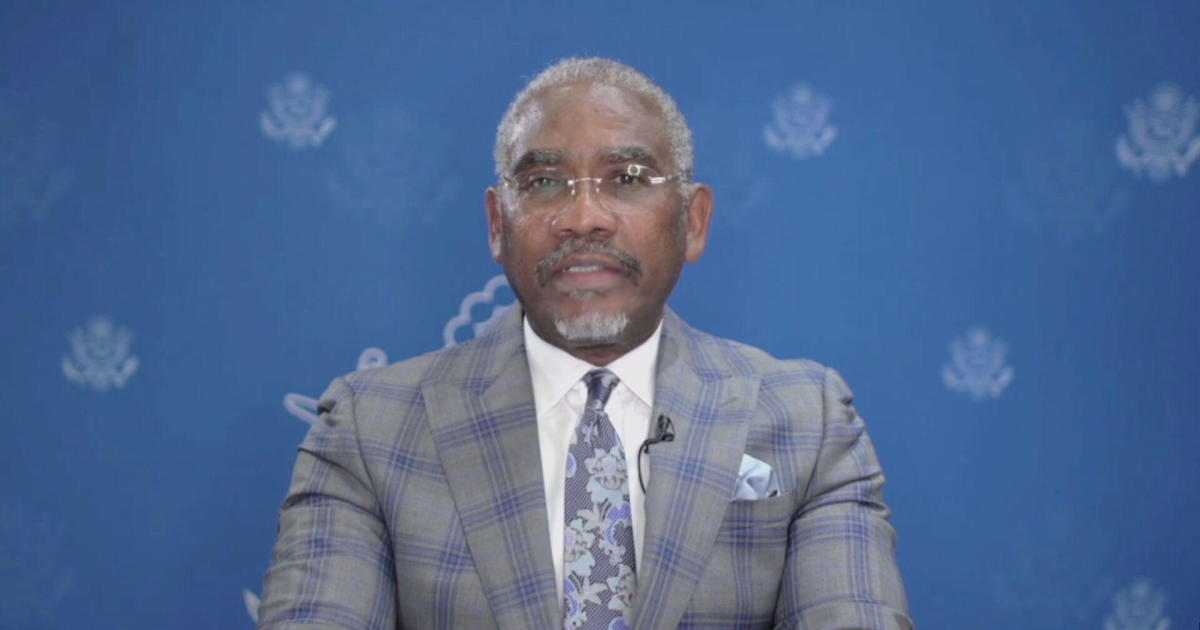 The following is a transcript of an interview with Democratic Representative Gregory Meeks of New York that aired on “Face the Nation” on Sunday, August 7, 2022.

MARGARET BRENNAN: China launched its most dramatic show of military violence in decades with four days of war games off the coast of Taiwan, all in response to Chairman Pelosi leading a congressional delegation to the self-governed island last week.

REPRESENTATIVE Gregory MEEKS: Good morning. Good to be with you.

MARGARET BRENNAN: Well, you’ve been on a world tour, but I imagine you’ll be back in Washington soon to vote on this big spending bill. It’s potentially a big win, but it’s a tenth of the president’s original question. Is what is going to happen and this gas price cut enough to help the Democrats win in November?

REP. MEEKS: There’s no doubt about it. This is a large and important bill. It reduces inflation. It ensures that we can now lower drug prices. It helps fight climate change. And- and we’re moving forward. That’s in addition to the bipartisan victories already won in this Congress, such as bipartisan victories in Infrastructure, Arms Control, CHIPS and Science Act, PACT Act for the Veterans, Select Committee, the first black woman elected or appointed to the Supreme Court. So yes, this is the icing on the cake to make two-way progress on Democratic performance in this election year.

MARGARET BRENNAN: But despite everything you’ve just outlined, I know you know that many polls, including CBS’s, predicted that Republicans will win the majority in the House. Can you reverse that?

REP. MEEKS: Oh, absolutely. I think the talks as we go into the pivotal months of September and October, look, we had an all-time low unemployment rate. And we see a court that is regressive. And trying to take away a woman’s right to choose, that’s what we fight and stand for.

MARGARET BRENNAN: On your trip to Taiwan we saw these dramatic Chinese war games. In response to this visit, China cut some diplomatic ties with the United States to protest that you went to Taipei with Chairman Pelosi. Has this trip backfired by undermining some of the Biden administration’s priorities?

REP. MEEKS: Not at all, you know, obviously the Biden administration by being there and by strengthening economic ties there is something that shows that the region is very important. And President Biden, by being a private former member of the Senate, you know, understands the difference between the executive and the legislature. And so what we need to do at this point, because there is very clearly… it is very clearly a tense moment in the Taiwan Strait and therefore it is very important that all parties respect the status quo, which we did when we were there, and do not use violence or to change things. And it is equally important that the United States has redoubled our economic, cultural and security cooperation with Taiwan in the face of Beijing’s aggression. So this was a very suitable trip for the region at the time. And I think when we spoke to the Taiwanese, they appreciated that we were there. You should have seen more than 250,000 Taiwanese following our flight, on the largest building in Taiwan, big sign saying we love you Nancy Pelosi…

REP. MEEKS: People lining the streets as we drove to our hotel. So the Taiwanese were clearly very happy…

REP. MEEKS: Let me tell you that. We were all our allies, all our partners and friends in the region, and the other countries we visited were very happy to be there.

MARGARET BRENNAN: But Beijing was… Beijing was furious. They’ve cut off talks on climate change with the United States, they’ve cut off other collaborations. And in fact, Beijing said this is the only problem that the US and China, the two most powerful countries in the world, could come into conflict with Beijing, said a visit by the third-highest official in the US government on a military plane. was “provocative”, sending a strong message that the US is on the side of Taiwan. Is the US on Taiwan’s side?

REP. MEEKS: We didn’t do anything that – if you look at it provocatively, those who sent missiles over Taiwan and China that surrounded the island were in fact Beijing. This was not uncommon, members of Congress have traveled to Taiwan before this year. I have traveled to Taiwan several times, I have traveled to China. But we are not going to allow, and Chairman Pelosi is absolutely right, that in order for President Xi to dictate where we should or should not go, we will stand by our friends, our partners and our allies. And Taiwan is clearly one of them. And so the provocative – being provocative we are not. It is the government of Beijing. And we just won’t let that happen.

MARGARET BRENNAN: But in terms of this policy for decades, it’s been one of strategic ambiguity, the US sells weapons to Taiwan, but doesn’t promise to actually defend it. Do you need to change that? Should Congress Prepare for a Chinese Invasion of Taiwan?

REP. MEEKS: Look, what we’ve done, and I think what we’ve shown we’re going to do is give and we’ve given defensive weapons to Taiwan in that policy. Ultimately, this must be decided by people who sit down and not China, not Beijing, not Xi, continues its provocative actions. It’s his provocative actions that try…

REP. MEEKS: — change the status quo. What we need right now is for the status quo to remain as it is, and that is the best way to ease tensions, not the provocations spearheaded by Beijing.

MARGARET BRENNAN: Congressman Meeks, thank you for your time this morning. We will be right back.