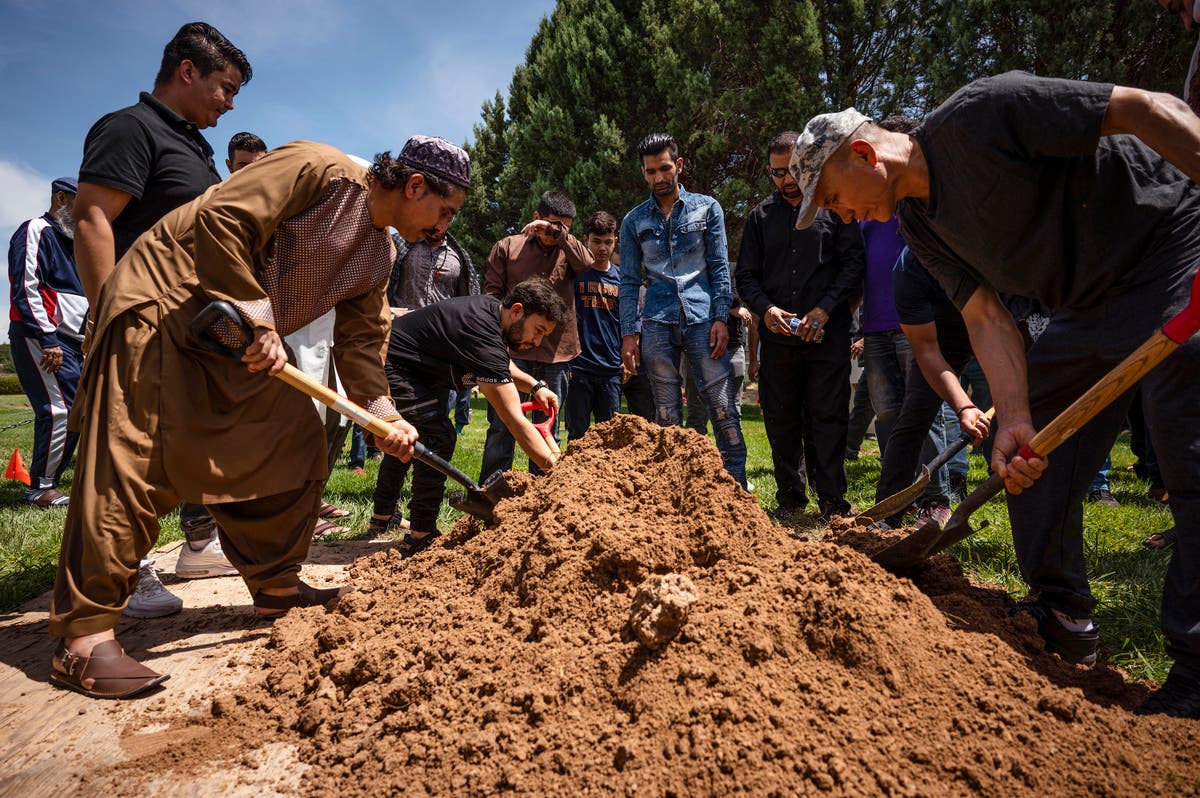 New Mexico police are investigating the murders of four men in recent months and have reportedly claimed there is a “high probability” that the men were targeted because they were of Muslim or South Asian background.

The dead have fallen in quick succession.

On July 26, Aftab Hussein, 41, a cafe worker and member of Albuquerque’s large Afghan community, Found dead from gunshot wounds on July 26, near the city’s International District.

Two weeks later, Muhammad Afzaal Hussain, 27, who came to the US from Pakistan and worked as a planning director for the city of Española, was also Found dead of gunshot wounds in Albuquerque.

Then, on Friday, Naeem Hussain was… shot dead in the parking lot of an Albuquerque NGO that provides services to refugees and asylum seekers, according to the Islamic Center of New Mexico.

Hussain, who is from Afghanistan and Pakistan and has no apparent relationship with Muhammad Hussain, had attended a funeral for two other killed men on the day of his murder.

“Now people are starting to panic,” Tahir Gauba, the director of public affairs at the Islamic Center of New Mexico, told the newspaper. Albuquerque Journal. “I mean, especially right after the funeral, the same day, it happened again. So it’s just really crazy.”

Police believe the killings may be linked to the death of Mohammad Ahmadi, 62, who was gunned down in November behind the halal market he owned with his brother.

“There is one strong similarity between all of our victims: their race and religion,” Albuquerque Police Deputy Commander Kyle Hartsock said at a news conference this week. Reuters.

The Council on American-Islamic Relations is allegedly offering a $10,000 reward for anyone with information leading to arrests for those involved in the murder. Albuquerque Police Offers $15,000 Reward NPR.

Officials have called on community members from all backgrounds to work together to end the killing.

“This is something that affects all of us,” Bernalillo County District Attorney Raúl Torrez said at a news conference on Saturday. “Every member of this community must stand up.”

The city’s Office of Equity and Inclusion provided information about the murders in Arabic, Farsi, Dari and Urdu on Saturday and asked for help from the community in catching the killer or killers.

“We are urging our entire Albuquerque interfaith community and all people of Albuquerque to help police identify and arrest the person or persons responsible,” said Michelle Melendez, who heads the office, during the briefing. “Please, please, call with a little information.”

Local leaders condemned the violence. Ahmad Assed, the president of the Islamic Center of New Mexico, told The New York Times: “We are getting incredibly sick of the idea that someone has so much hatred for innocent people. We are afraid of our families, we are afraid of our children. And we’re incredibly confused as to why this is happening.”

New Mexico Governor Michelle Lujan Grisham said on Twitter on Saturday that the killings were “deeply angry and utterly unbearable” and pledged “to do everything possible to support the Muslim community of Albuquerque and greater New Mexico during this difficult time.” “

“You are new Mexicans, you are welcome here and we are behind you,” she added.

Local Police, as well as the FBI; New Mexico State Police; Bernalillo County Sheriff’s Office; Bureau of Alcohol, Tobacco, Firearms and Explosives; and the US Marshals Service are all helping with the investigation.

“In addition to our investigation into this murder, we are dedicating resources to key patrol areas and neighborhoods in Albuquerque,” ​​said APD chief Harold Medina. said on Saturday. “We lifted the overtime limits on our officers so that we could use several of our specialized units to ensure the strong presence of Albuquerque officers to keep the community safe.”

According to the most recent federal data, there were: 55 reported hate crime incidents in 2020, up from 50 in 2019, incidents disproportionately targeted African Americans.