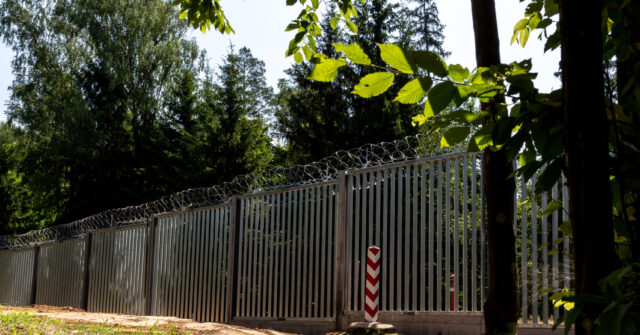 The Polish government has reported seeing a new wave of migrants from sub-Saharan Africa trying to illegally enter the country from Belarus, alleging that the migrants fly to Russia first.

It is alleged that the Africans can legally obtain visas to fly to Russia and then travel to Belarus, where they illegally try to cross the border into Poland, according to the Associated Press. reports.

“[The migrants] issued visas for study or work, but according to testimonies obtained by the border guard, they never had such plans and used visas only to get through the migration route,” the National Security Department said.

“At the same time, the Russian government is facilitating the procedure for obtaining the visas,” the department said, adding: “The actions of Russia and Belarus confirm that the artificially created migratory route is controlled and coordinated by these two regimes and in going forward, we should expect that the hybrid operation aimed at destabilizing NATO’s eastern flank will only intensify.”

Last year, Poland blamed Belarus for sending migrants to their border, some reportedly at gunpoint, in what has been called “hybrid warfare” by the regime of Belarusian President Alexander Lukashenko.

Polish Prime Minister Mateusz Morawiecki spoke out on the issue in November 2021, calling it the biggest attempt to destabilize Europe since the end of the Cold War.

“Europe, our common home, is under threat. At the moment, a hybrid war is taking place on the Polish-Belarusian border that Alexander Lukashenko, with the support of Vladimir Putin, has declared against the entire European Union,” the Polish prime minister said.

Since the beginning of the Russian invasion of Ukraine, some have speculated that Russia could be imitating Belarus and trying to send migrants across the border to European Union countries in retaliation for economic sanctions.

Charly Salonius-Pasternak, a senior researcher at the Finnish Institute of International Affairs, warned in April that Russia may engage in hybrid warfare as Finland seeks to join the NATO alliance.

The Finnish government has also expressed caution regarding possible Russian moves and in June looked at reforms to the Border Guard Act and the Emergency Powers Act to deal with a possible future wave of illegal migrants.