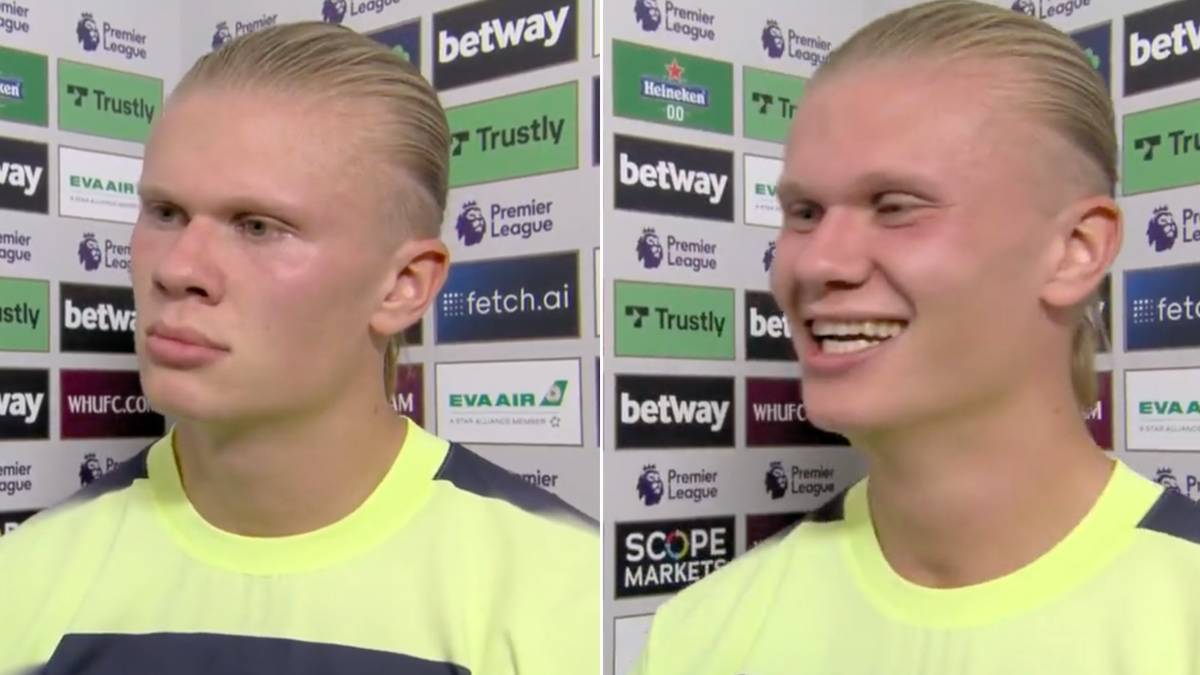 City controlled the game from start to finish as Pep Guardiola’s side emerged 2-0 as the winner, with Haaland scoring both.

After a reluctant first half hour, Haaland was pushed through by a clever pass from Ilkay Gundogan and knocked down by West Ham keeper Alphonse Areola. Haaland cooly sent his penalty to give his team a 1-0 lead at halftime.

In the second half, Haaland once again stole the show as he grabbed a beautifully crafted through ball from Kevin de Bruyne and calmly headed home to secure all three points.

The Norway international could have scored a hat-trick, but failed to score a third goal before being knocked out in the 78th minute.

After the game, Haaland expressed his disappointment at not scoring three by using rather colorful language.

Haaland is clearly a real character on and off the pitch.

On the overall performance of the team, Haaland said it was a good start to the season.

He added: “It was a good start. It is still early in the season so it is good to have minutes in the legs. We saw the potential against Bayern [in pre-season] and against Liverpool it was a little less, but it will come with games. The passes will come. It should have been more today, a great start.

“It’s all about the connections in training every day and practicing this. We’ll get better than this, I’m not worried.”

A stern warning to the rest of the teams in not just the Premier League but across Europe as Haaland and City are in business this season.

They will be looking for a fifth title in six seasons and perhaps more importantly, a first-ever Champions League trophy.

Europe’s premier club competition remains the only trophy Guardiola has not won at City and he will hope Haaland can shoot them to victory.

The next step for City is newly promoted Bournemouth at the Etihad, where Haaland is expected to make his home debut for the reigning champions.