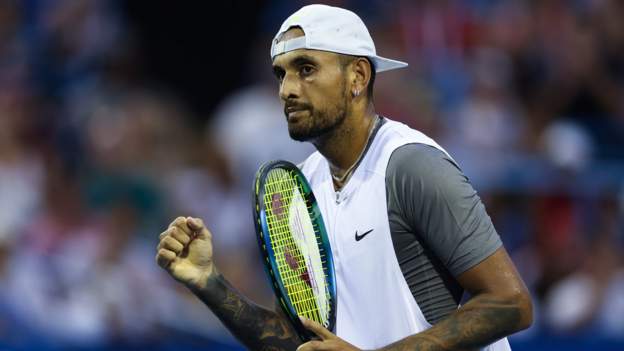 Australia’s Nick Kyrgios has won the Citi Open after beating Japan’s Yoshihito Nishioka 6-4 6-3 in the final.

The win for second place at this year’s Wimbledon earns a first ATP Tour title since 2019 at the same event in Washington DC, United States.

The 27-year-old did not drop the service throughout the tournament.

He returns to the field on Monday to play alongside American Jack Sock in the men’s doubles final.

He climbs from 63rd to 37th in the ATP rankings after his seventh career title.

The US Open starts on August 29 in New York.